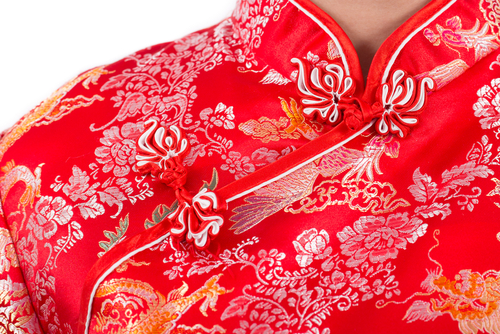 Clothing companies who only provide clothing for certain special occasions may sometimes find it hard to expand their market. Take companies who sell traditional clothing for example. These companies might cater to an audience who are looking for clothes to wear only for certain festivities or cultural events. These people would not typically wear traditional clothing for just about any occasion. Thus, in this way, companies limit their audience reach and struggle to effectively showcase what they can offer to other people outside of their targeted audience. While being niche is sometimes a good thing as it shows specialization, if the interests of the audience are not sustained over time, business might eventually go down.

Classic and modern cheongsam made available online to Singapore shoppers

Cloth.ier is one of those clothing companies which sell a wide variety of beautiful cheongsams. However, they have not limited themselves by just selling one kind of traditional clothing such as the classic cheongsam, but have successfully thought outside the box and came up with an idea to expand their market. Alongside its traditional cheongsam designs, Cloth.ier also has its own uniquely made modern cheongsams. They think creatively in order to put a twist to the usual cheongsam in terms of patterns and style.

So then, how has Cloth.ier tweaked the traditional cheongsam to become more “modern”? The main difference here is the style. The modern cheongsams made have various styles such as having short sleeves, being sleeveless, having cut in style, and high neck styles. In addition, these cheongsams have various floral and petal motifs like the lotus flower. The embroidery on the cloth of the cheongsam is also done well, and the quality is ensured by Cloth.ier’s skillful craftsmen.

Customers can also choose from the colours which are available. Some of those colours are black green, red, blue, lilac black and pink black. The materials used are either pure silk or cotton. Customers can not only visit Cloth.ier’s cheongsam shops in Singapore to get a view of how the cheongsams look like and to test try it on, but they can visit Cloth.ier’s online store to view photos in the site’s gallery. This makes buying a cheongsam an easier and satisfied thing.

Cheongsam is not limited for special occasions only

Through the selling of their own modern qipaos, Cloth.ier aims to further promote the culture of cheongsam wearing among the public for casual occasions rather than just seeing the cheongsam as something to be worn at only particular times.

Also, Cloth.ier has made many different variations of the modern cheongsam and come up blouses and cut-in sleeve tunics that look trendy and yet retain traditional Chinese elements. To pair these clothing up, the company has a selection of other accessories such as shawls and necklaces that add that nice little touch.

All in all, Cloth.ier incorporates the understanding and knowledge of Chinese culture and art into their designs. The collections available keep in mind the lifestyle of modern women and are graceful and elegant.

admin
Previous ArticleSpa Treatments
Next Article Cloth.ier Offers a Wide Variety of Cheongsams for All Occasions