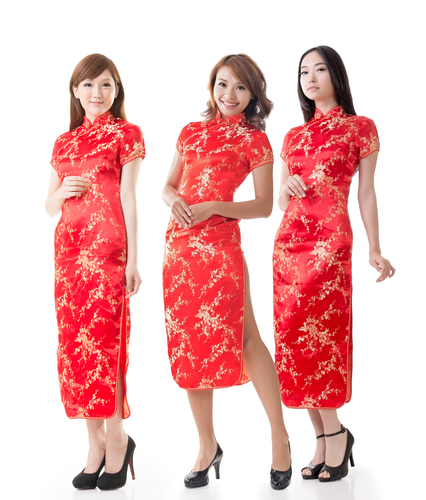 Preserving the Chinese culture has not always been easy, particularly in this 21st century. Most of the time, people seem to just celebrate festivities just as they do, without much understanding of the richness and meaning behind the celebration itself.

In Chinese culture, there are many elements that have much value and help create the identity of the Chinese community. One of those rich elements of Chinese culture is in the clothing.

Cloth.ier, being a company based in Singapore, sells many varieties of Chinese traditional costumes such as the well-known classic cheongsam or known as qipao (Mandarin Chinese). Cloth.ier offers their own unique designs and styles for the cheongsams they make, with varying patterns and floral arrangements beautifully imprinted on each cheongsam. Through offering an individual and modern take on the traditional clothing, Cloth.ier seeks to show to the public the beauty of Chinese culture in terms of clothing.

Cloth.ier uses the finest materials and workmanship in recreating its own version of traditional clothing. From the company’s online E-store, customers can view elegantly designed qipaos made with cotton, cotton linen with jade beads, and cotton with handmade buttons. In terms of design, Cloth.ier has a variety of V-neck dresses, sleeveless qipaos and cut-in sleeve tunic designs. These designs incorporate a twist modern elements to make the traditional clothing trendy as well.

By following the oriental theme of the traditional Chinese qipao, Cloth.ier offers an array of reasonably priced clothing, with 50% to 70% off for customers. Under their special buy, Cloth.ier features stunning and beautiful modern qipaos which they have specially highlighted. Made from materials such as cotton and silk, the qipaos featured have hand painted, laced, short sleeved, lotus, and cut in sleeve designs. Customers can also choose their preferred styles from those offered which are white maroon, purple check, and black peach, to name a few.

Cloth.ier also has a Lookbook section in its website that showcases a unique collection of cheongsams made by the company. In the section, Cloth.ier aims to not only show the public the elegance of traditional Chinese clothing, but also the extent to which the company is able to put its own twist on the clothing. By doing all this, Cloth.ier wants to promote Chinese art and culture of dressing to the public, in hopes that the Chinese community would continue appreciating and identifying with their culture through traditional Chinese clothing.

Launched since 2004, Cloth.ier is a leading qipao online store that specialises in both oriental-theme and ready-to-wear Chinese traditional costumes .

admin
Previous ArticleACT Prep Online: Why Preparing With It Gives You the Competitive Edge
Next Article Get the best Economics tuition in Singapore