The curtains are the integral part of any house; either it is a condo, small flat or a villa. The curtain is used in each and every house. 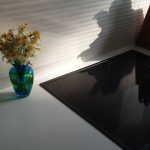 And based on the use and the design pattern, the curtain could be found in a number of designs and fabric in Singapore. Some of them are mentioned here.

Types of curtains and its usage

This curtain has the light obstructing capacity. It is designed in a way that it can obstruct up to 100 percent of sunlight, keeping the inside of the room cool and dark. This curtain is available in a large range of color, design and fabric. This curtain is mostly used in the hotel and hospital rooms. It is also an option for the dark room, which has to be kept completely dark.

The curtains which length remains longer, then the window pools on the ground, this is called as “puddling”. The “Pudding” is done to give a grand and formal look to a space. For a chic look, the curtain is hung by adding a something, so that it drops down a few centimeters just above the ground and create a tidy and crisp appearance. This curtain can be easily seen in the houses. The biggest advantage of this curtain is that it gives the larger look to the window, when hanged in a proper manner.