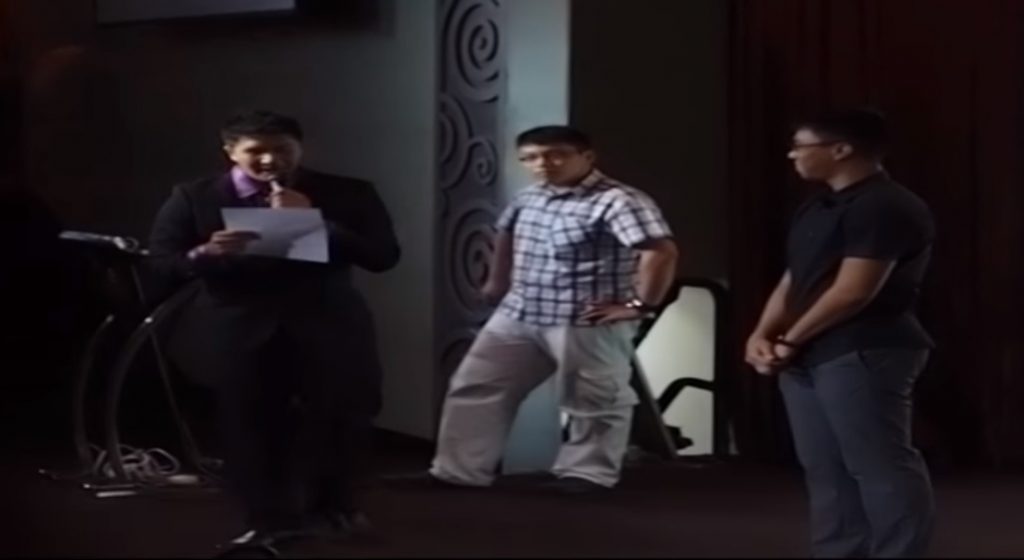 The highly professional emcee with 14 years of performing experience is said to have been the host of many prestigious events in Singapore. Prudential Singapore’s testimony on Nick Singh’s talents is a solid proof that Nick Singh is indeed a professional. ‘We have received numerous requests for your magical performance in our future events. You have a marvelous skill that is hard to duplicate’, said Simon Loh, the Financial Services Director of Prudential.

Another testimony that demonstrates the credibility of Nick Singh is that of Tan Yee Kan, the Principal of Yishun Town Secondary School who said, ‘The response was overwhelming as tickets for all five shows were sold out!’

The magic of Nick Singh lies in the fact that he is not only a professional host. He is also a professional roving magician who performs table-to-table and roving magic. Roving magic is highly visual magic art which is usually performed right in front of the eyes of the guests, more often than not in their own hands.

Sometimes, this art form is combined with phenomenal mind reading which enthralls the guests and keeps their mind captivated throughout their event. This can also be said another talent of Nick Singh- keeping the guests entertained throughout the event without leaving anyone out, despite their age and background.

The multitalented Nick Singh has got three extraordinary talents namely, roving magic, event hosting, and mentalism act. He performs roving magic for wedding receptions, parties, and restaurants. Some of his captivating roving magic performances were for the National Kidney Foundation, Swissotel and Prudential.

His event hosting talent is perfect for trade shows, weddings, dinners, and dances. He hosted events for the launch of McDonald’s branches, Springleaf Family Day and New Town Secondary School’s Prom Nights. He guarantees hilarious games and an incredible night when he is the emcee of the night.

His talents do not stop at hosting events and roving magic, but extends to mentalism act as well. He usually conducts a 15 minute or 30-minute mentalism act on stage. Among the activities included are mind-reading pieces such as a lie detector test and predictions. He has performed for Tan Tock Seng Hospital, the Ministry of Education and the Victory Family Centre. His performances of mind reading, playing with water and ice have been huge successes in Singapore. His mentalism act is well known since it has been featured on two local TV channels.

Nick Singh continues to astound Singaporeans with his multiple talents as the emcee in Singapore as well as a roving magician in Singapore.

Nick Singh is a professional magician and emcee with 14 years of performing experience. He is fluent in English and is a CELTA-qualified English speaker certified by the British Council. For more information on Nick Singh and the rates for his shows, visit http://nick.com.sg/